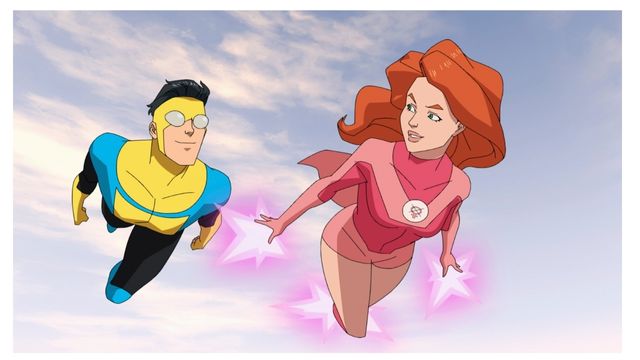 May this month bring you news about the Invincible’s second season! Now that the year 2023 has arrived, expect some major updates this month on the show’s next instalment.

Also, it’s high time. It’s been over two years since the first season of Invincible concluded on Prime Video, and fans are eagerly anticipating the show’s return in 2023. We promise we’re not greedy.

The question is, when will they make it public? While we don’t know for sure, you may check out our predictions for when we could hear more about Season 2 of Invincible. You may learn about the returning cast members, the narrative details, the future of the series, and more in this article on the upcoming episode of one of the finest Prime Video programmes.

Expectations for the Invincible Season 2 Premiere Have Been Raised.

Unfortunately, Amazon Prime Video has not yet announced when season 2 of Invincible will be available. The writers have been unusually tight-lipped about when we may expect the next round of episodes.

Speaking to Collider before the first season aired, Robert Kirkman said, “The production timeframe is rather frightening.” This suggests that season 2 shouldn’t take as long to create. I believe we spent a considerable amount of time planning and producing this season. Things will become more organised, I hope, as we go into season two and beyond.

The award-winning author said, “There’s clearly a lot less designing and various things that need to happen to go into our second season.” It’s also likely that preparations for Season 2 have already begun.

Speculation About the Second Season of “Invincible”

Season one served as a teaser for what to anticipate from Invincible’s upcoming second season. “What’s the plan in the meantime?” says Allen the Alien (Seth Rogen) to Mark Grayson in a conversation. The episode concludes with a humorous montage of images depicting the many dangers Mark may face in the future.

The fact that Ezra Miller’s mad scientist D.A. Sinclair now reports to Walton Goggins’ Cecil Stedman at the Global Defense Agency just adds insult to injury. Mark is about to be swamped with responsibilities. Keep in mind that Omni-Man is still there, and Invincible will have to go up against his dad again. 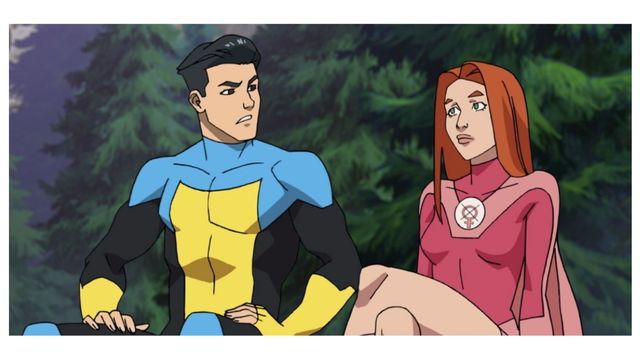 Speculation on the Invincible Season 2 Cast.

Which actors will be returning for Invincible Season 2? The characters of Mark Grayson (Steven Yeun) and Nolan Grayson (J.K. Simmons) will be played by actors who have previously appeared in The Walking Dead.

The father-son relationship was shattered by the season’s finale, but Mark manages to get through to Nolan by reminding him that they would always have each other, even if everyone else they know dies. Season 2 of Killing Eve, starring Sandra Oh as Eve, will go into the repercussions of the Omni-Man twist and how it affects Mark’s loved ones, notably his mother Debbie Grayson.

There has been no teaser trailer for this movie as of yet. Maybe we’ll receive a preview trailer for Invincible season 2 before the big announcement drops. We’ll make sure to update this section if a new version becomes available.

Invincible : How Many Seasons Will the Tv Series Run for ?

For a total of 144 issues, Invincible spans 15 years and the careers of creators Robert Kirkman, Cory Walker, and Ryan Ottley. Although the first eight episodes of the TV show did a good job of covering the first 23 issues, the adaptation shuffled the sequence of certain key events. Following this pattern, Invincible might conclude anywhere between the seventh and eighth season.

Kirkman suggests there may be more or fewer. There is a “rough plan for where items from the comics will land,” he told ScreenRant(opens in new tab). Kirkman further said to Inverse (link opens in new tab) that he “I foresee it continuing for at least five, maybe seven, and maybe even ten years. Perhaps the supply of comics dries out and we go on for a century.”

Even if that final figure is just Kirkman’s enthusiasm for his own creation, Invincible has potential for at least five seasons. It would be foolish on Amazon’s part to cancel the show after only three seasons if viewers clearly want more. Of course, a lot will rely on whether or if Invincible can maintain its viewership in its second and third years.

Perhaps not, however. Seth Rogen hinted to a fourth season of Invincible in a conversation with Collider(opens in new tab). TechRadar reached out to Amazon for comment, and Amazon said that “nothing official has been released,” thus the fate of the programme remains unclear.

Is the Power Bank Earning App a Scam? Reviews, Ratings, and the Company’s Founder...

When Will Season 2 of Wayne Premiere? Has the Show Been...