Blogsjunction
Home Entertainment Season 3 of Truth Be Told: The Cast, Story, and More 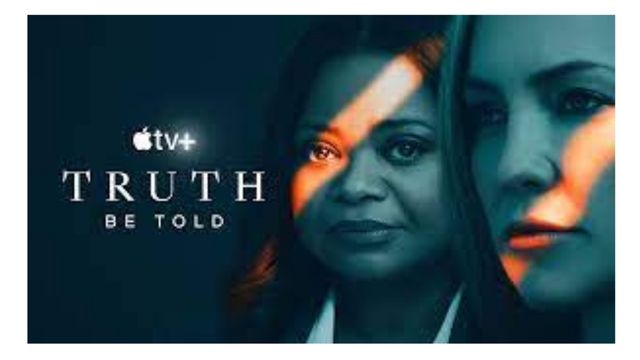 Truth Be Told is a criminal drama series produced in the United States and available only on Apple TV+. The show is adapted on Kathleen Barber’s award-winning book, Are You Sleeping. The series’ creator and showrunner for the first two seasons is the Emmy-winning Nichelle Tramble Spellman. For season three, she maintains her role as an EP. Showrunner and EP for Season 3 will be Maisha Closson, as previously announced. “It brings me great joy to announce that the Poppy Scoville narrative will continue on Apple TV+,” Nichelle Tramble Spellman remarked. She said, “And I’m happy to welcome Maisha Closson as our new showrunner and executive producer.” “We can’t wait to show you all we have in store for you,” stated the crew.

“Nichelle did an amazing job of letting us into the universe of the play,” said Neustadter. “I recall when she initially presented her ideas to us. She has always had a deep appreciation for Poppy and everything that she represents in terms of depth, creativity, and genuineness. She had such a strong image of who she was. And all of us instantly envisioned Octavia as Poppy.” Neustadter said, “I believe this is a perfect example of a programme that should spark a dialogue, and we are so extremely enthusiastic about the tales that we tell that we hope people would feel equally passionate about watching and then having conversations about those stories.” We can only keep our fingers crossed that people will spread the word about the tales we’ve worked so hard to share.

Season 3 Cast of Truth Be Told

The group was able to get together a fantastic group of actors for the event. In season three, you’ll encounter a lot of the same faces as you did in seasons one and two. Octavia Spencer portrays Poppy Parnell, the brains behind the hit true-crime podcast. Multiple Oscars and Golden Globes have been bestowed to Spenser. She has starred in many critically acclaimed films, including “The Help,” “SelfMade,” and “Ma.”

Season 2 of the show introduced fans to several new, important characters. Micah Keith, a renowned author and Poppy’s childhood best friend, is portrayed by Kate Hudson. The romantic comedies How to Lose a Guy in 10 Days and Bride Wars are largely responsible for Hudson’s fame. This actress needs no introduction. Micah’s husband’s murder is being investigated, and we see David Lyons in the role of Inspector Aames.

Poppy’s podcast producer, Noa Havilland, is portrayed by Katherine Lanasa. Poppy’s stepmother, Lillian Scoville, is played by Tami Roman. There are recurrent roles for both women in both seasons.

Reports have it that filming for season three began less than two months after season two concluded. Truth Be Told’s third season premiere is rapidly approaching. The precise premiere date of the new season on Apple TV has not yet been disclosed. If rumours are to be believed, however, the third instalment of this true-crime series will be released on October 21, 2022.

Based on the prior two seasons, we should expect the upcoming season to include between eight and ten episodes, each running for well over 45 minutes.

The Plot of Season 3 of “Truth Be Told”

The podcast Truth Be Told, hosted by Poppy Parnell, is about genuine crimes. When Parnell thinks a criminal has been wrongfully condemned, she investigates the matter thoroughly. After a Halloween party at their home, the father of the Bushman family was discovered dead inside. This is her first case. The judge found Warren Cave guilty of this and gave him a lengthy jail term. As Polly investigates, she learns that the father had a history of sexually abusing his daughter, leading her to suspect that the mother may have been responsible for the murder. Her programme quickly went viral, prompting authorities to renew their probe.

There has been no release of the season three trailer as of yet. No trailer has been released yet since the programme is currently in development. If the programme does come out on schedule, however, the streaming service could post a trailer a month or so before the episode is really accessible.

There may not be a trailer, but at least a poster for the upcoming season has been unveiled. The sign features Octavia and Kate, the show’s two female leads, both of whom are shown as strong and confident.

With confirmations from both Apple T.V. and the show’s executive producers, we can announce that a season 3 of Truth Be Told will release shortly. The majority of manufacturing is already complete, indicating a potential release in October.

When Will the New Scooby-Doo Movie Be Released in 2022?

Season 2 of the Orbital Children: Here’s What You Need to Know About the...