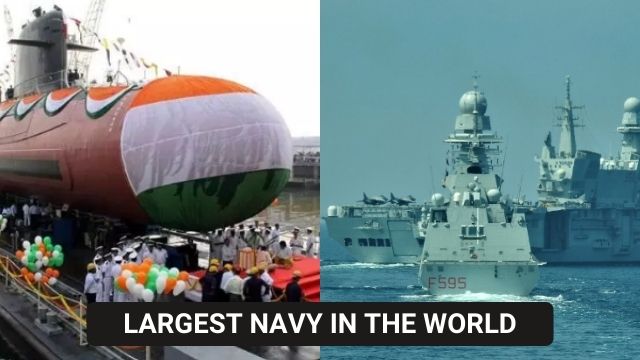 Consideration is given to a country’s three most significant aspects when attempting to evaluate its overall level of strength. It consists of the Army, the Navy, and the Air Force. When a country engages in ground combat, it is the army that represents the nation on the ground.

Countries that have a significant amount of coastline are seen to benefit the most from having a strong naval force. According to a commonly-held concept that dates back to antiquity, a nation that contains a coastline also possesses a fleet.

Read more: 10 of the World’s Largest and Most Prominent Technology Companies in 2022!

Both large and small navies are recognised all over the world for their ability to carry out specific tasks during times of peace. These tasks include preserving the safety of their waterways, protecting their homelands, and maintaining communication lines and shipping routes.

They parade their naval might to show that they are capable of protecting their nation during times of danger. We’re going to take a look at the top 10 largest navies in the world right here in this article.

The Top 10 Fleets With The Most Ships In The World

A nation that has a vast amount of coastline is required to have more powerful warships. The following list ranks countries solely on the number of naval assets they have, which includes support craft, patrol boats, corvettes, destroyers, frigates, and aircraft carriers (which includes both traditional carriers and “helicopter carrier” warships). This list is based on data from Global Firepower’s 2022 Military Strength Ranking.

The year 1924 saw the beginning of the Taiwanese navy, which is also sometimes referred to as the China Liberation Navy. It is a branch of the Armed Forces of the Republic of China and is consistently ranked among the top ten fleets in the world. 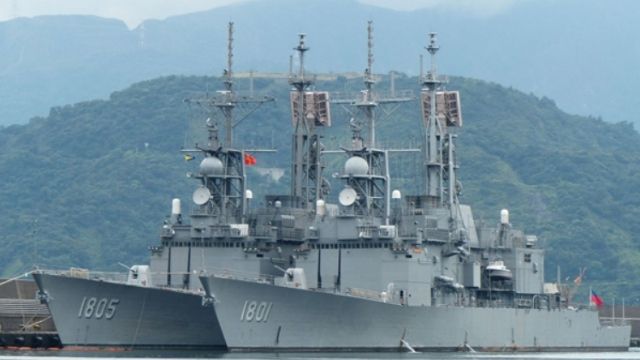 About 31,000 people are employed by the Italian navy, also known as the Marina Militare Italiana (MMI), which operates an ocean-going fleet. The fleet of vessels that make up the Italian navy is quite varied. 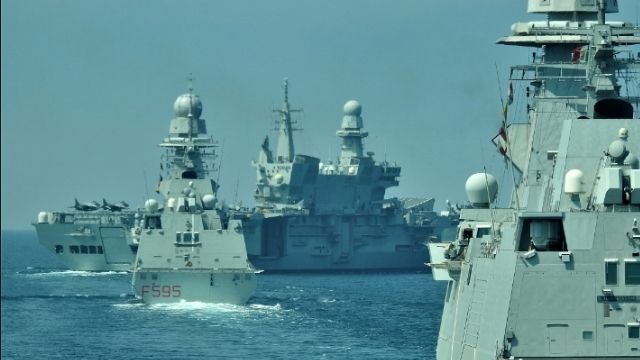 There is only ever going to be one Cavour light aircraft carrier. It is the most distinguished ship in the Italian navy’s fleet. It is also capable of flying helicopters in addition to V/STOL aircraft (such as Harriers and F-35Bs). 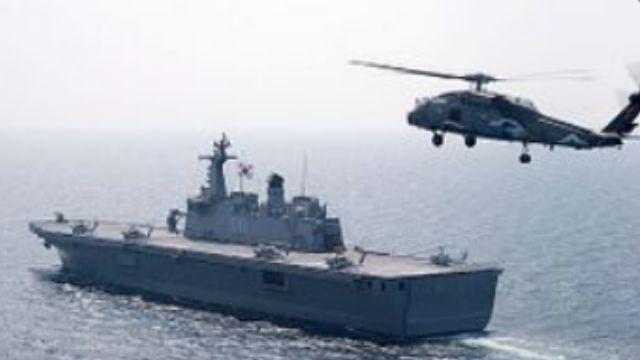 Also, What Is Applob and How Can I Download Games From Applob for Free?

Approximately 67 000 individuals are employed by the Indian Navy. In South Asia, it is an influential and powerful force. It is progressively evolving from a coastal force to an ocean-going force while also strengthening its equipment in small increments. On the other hand, when compared to the Chinese navy, both in terms of size and capacity, it pales in contrast. 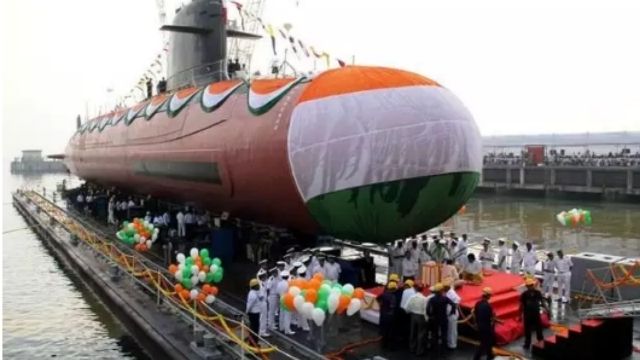 The INS Vikramaditya is the sole aircraft carrier that the Indian Navy has access to at the moment. This ship is on the smaller side when compared to other planes. It is anticipated that the INS Vikrant, which is another another aircraft carrier being constructed in India, will soon be operational. The ability of India to project force will significantly enhance as a result of this.

The French Navy, which was established in 1624, is currently considered to be one of the most powerful and best navies in the world. There are six primary components, and they are as follows: the Maritime Gendarmerie, the Marseille Naval Fire Battalion, the Navy Riflemen, the French Naval Aviation, and the Submarine Forces. The Naval Action Force is also included. 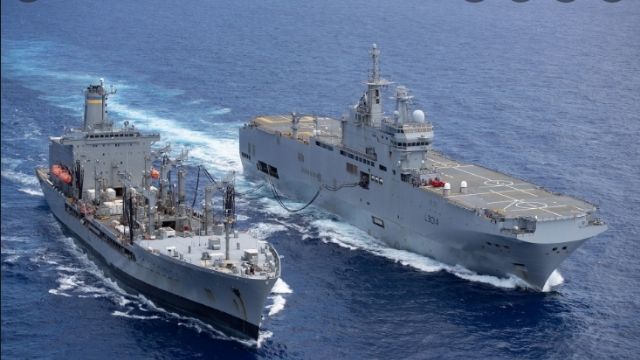 It is one of the oldest fleets in the world that is still functioning and is in charge of naval combat. As a result of its contribution to the establishment and maintenance of the French colonial empire over a period of more than 400 years, the fleet played an important part in the history of France.

5. The Royal Navy of the United Kingdom

The Navy of the United Kingdom is referred to by its official moniker, which is the Royal Navy. From the middle of the seventeenth century onward, the Royal Navy maintained its position as the most powerful navy in the world.

It possessed an authority that could not be matched and played a significant role in the development of the British Empire. The United States Navy would only go on to achieve greater heights during World War II. 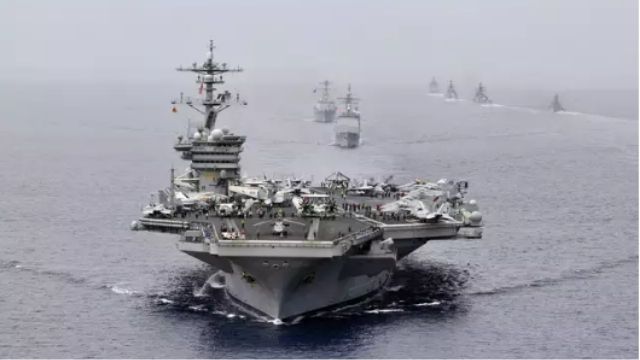 At the moment, the focus of the Royal Navy is on expeditionary operations, and it nevertheless maintains its position as one of the most capable blue-water fleets in the world. In spite of this, it is fast losing size and the number of warships it possesses as a result of declining financial support. Approximately 33 000 persons are now serving in the Royal Navy. 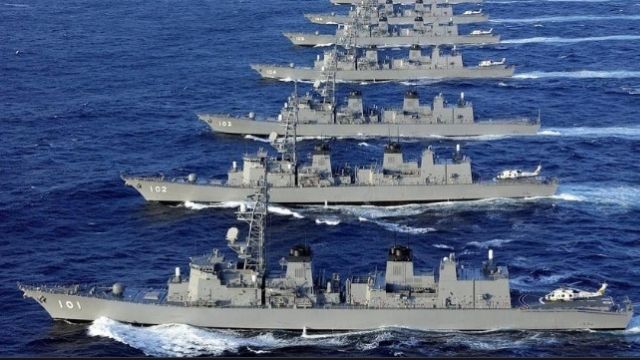 Its fleet of warships and submarines are among the most advanced and technologically advanced in the world. In addition, the Japanese navy is preserved in pristine condition and operates at an impressively high level of effectiveness.

Even though Japan’s navy is smaller than China’s in terms of the total number of boats and the tonnage of their fleet, Japanese warships are typically more advanced and are outfitted with more cutting-edge weaponry. On the other side, the Joint Maritime Self-Defense Force does not possess any nuclear weapons.

Since the year 1696, the Russian Navy has shown its presence in a variety of different ways, and today it is recognised as the third most powerful navy in the world. The Admiralty Building in Saint Petersburg is where its headquarters are located. 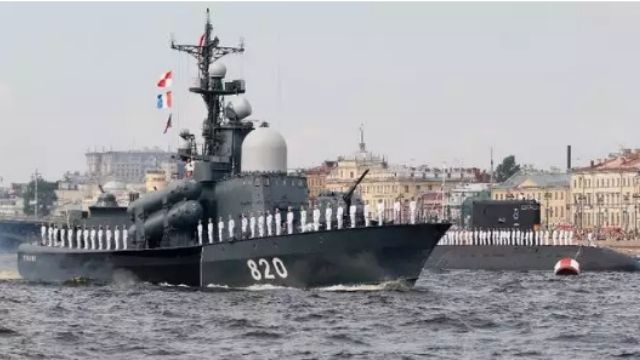 Some of the primary responsibilities of the Russian Navy include sealift, sea denial, naval warfare, marine security, fleet in being, and the development of the fortress fleet doctrine. 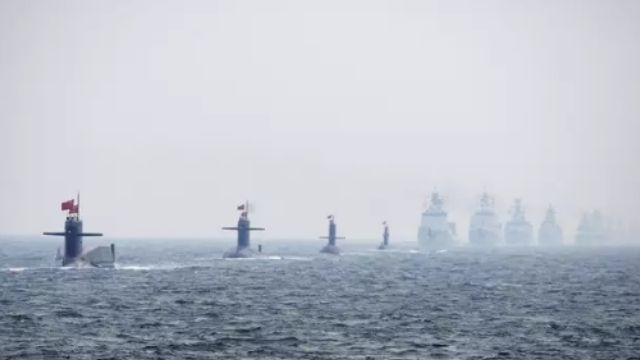 With 594 planes and a fleet of 537 vessels including 19 replenishment ships and 79 submarines as well as 36 mine countermeasure vessels and 17 gunboats as well as an additional 109 missile boats as well as 72 corvettes and 49 frigates as well as 8 amphibious transport docks and 3 landing helicopter moored ships, the US Navy has a total of 300,000 active personnel on board its ships. 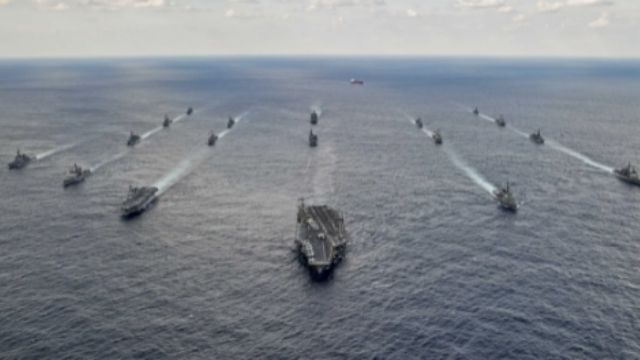 The United States navy is continuing to shrink as a result of dwindling funding and an absence of an adequate threat, but the reduction is happening primarily at the expense of smaller ships rather than big surface combatants and lethal submarines.

The United States navy is receiving the necessary maintenance. The number of available ships and types of armament keeps growing. Roughly 320 000 people serve in the United States Navy.

When Will Season 2 of Wayne Premiere? Has the Show Been...