Blogsjunction
Home Trending In “Sing 2” What Happened to Mike? Tap To Know Everything! 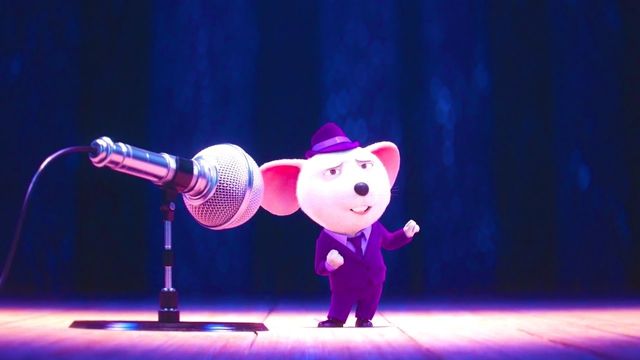 In “Sing 2” What Happened to Mike: The animated movie Sing was a huge smash when it debuted in 2016. Audiences connected with the delightful ensemble of characters, the catchy songs, and the upbeat message, especially at a point in time when things were beginning to look bleak. Mike the Mouse (Seth MacFarlane), one of the many characters in the movie, quickly won over the audience’s affection. He was certainly conceited and avaricious, but that, together with his sass, style, and his (questionably) lofty aspirations, contributed to his appeal.

The first Sing movie earned over $634 million, in part due to its soundtrack and star-studded cast, and the news of a sequel came as no real surprise. Fans were understandably curious about what had become of the gambling mouse who had stolen the stage with “My Way” by Frank Sinatra.

Mike isn’t in the trailer, which is odd before the movie. That’s okay though because in the movie, he’s actually not there.

Read More: What does “World Caves In” Mean? Meaning of Viral On Tiktok 2022 Examined!

Since the movie didn’t address Mike’s disappearance in Sing 2, fans have developed their own theories, and the majority of them contend that Mike has perished in an outrageous manner. Some people think that because of his gambling addiction, he may have run out of money and ended up being eaten by bears.

Others think (yes, seriously!) that he may have been gang-raped. In a Reddit post, user u/itsamemario o provided an image of a Google search that purported to show that Mike died after being gang-raped, according to filmmaker Garth Jennings. But once more, it seems improbable that a PG film would murder a character in such a manner. It would have been simple to photoshop that post.

Finally, we find a solution in another Reddit post that truly appears workable. In a discussion about Sing 2, user u/Guiee questioned whether Mike had perished in the original film.

In reply, u/RiffRaffe said, “No. Director Garth Jennings suggested he might bring Mike back if he gets the chance to do another Q&A session, which I attended. He claimed that while he appreciates Seth McFarlane’s singing and acting, he has had enough of the role.”

That now makes sense! Additionally, it offers us optimism that a Sing 3 might be in the works. Cross your fingers!

Release Date and Plot for Sing 2

Sing 2 debuted on television for the first time in the US on December 22 and in the UK on January 28.

The sequel follows Buster Moon‘s narrative as he searches for his next big hit following the success of the New Moon Theater. It is set a few years after the events of the first movie.

The ever-optimistic koala and the gang must convince rock icon Clay Calloway to join them in order to make the show even more magnificent, but Buster may have taken on too much when he prepares a performance at the Crystal Tower Theater in Redshore City.

Paramount Plus: Pricing, Plans, and More